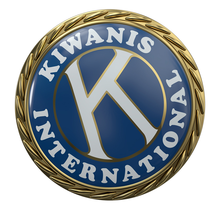 Kids need guidance. Kids need role models. Kids need the love and attention of adults who they can count on to look out for them, support them, coach them and advocated and fundraise for their benefit. Kids need Kiwanis so they can reach their full potential. And be the best kids—and adults—they can be.

​Kiwanis empowers communities to improve the world by making lasting differences in the lives of children. Through Kiwanis International, we support Young Children Priority One, Read Around the World, and The Eliminate Project – a campaign to end maternal and neonatal tetanus.

Kiwanis International was founded in 1915 in Detroit, Michigan. In the early years, members focused on business networking but in 1919, the organization changed its focus to service. In the 1960s, worldwide expansion was approved and within the decade, Kiwanis International-Europe was formed, representing Kiwanians in 11 European nations. In 1987, women officially were allowed into the membership. Today, the Kiwanis International has nearly 620,000 adult and youth members with clubs in more than 80 nations.

Today, Kiwanis International's 600,000 members coach, mentor and support children in communities around the world.
​THE KIWANIS MISSION
Kiwanis empowers communities to improve the world by making lasting differences in the lives of children.

THE KIWANIS VISION
Kiwanis will be a positive influence in communities worldwide—so that one day, all children will wake up in communities that believe in them, nurture them and provide the support they need to thrive.

KIWANIS SERVICE
Service is at the heart of every Kiwanis club, no matter where in the world it’s located. Members stage nearly 150,000 service projects and raise nearly US$100 million every year for communities, families and projects. By working together, members achieve what one person cannot accomplish alone.